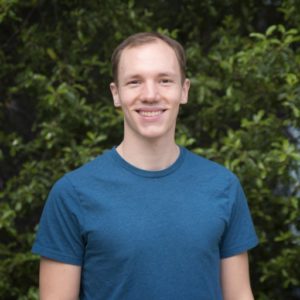 Duncan “Donuts / Yo-Yo / Hines” Boehle is the group’s designated Musical Belcher, aka bass. He’s been singing a cappella since high school, but only after being physically dragged on stage by his sister for a trick audition. Ever since, his love of singing friends and low frequencies has brought him through various groups, until he arrived most recently at the quirky collective known as Side Note. At karaoke he will often rumble the tonic into a secret microphone the whole night, but will otherwise sing Part of Your World because he does want to be where the people are. Duncan can make you the best burger you’ve ever had, and in fact due to an ancient curse his soul cannot leave this earth until that happens.

We’re Side Note, a San Francisco Bay Area-based a cappella septet. We perform everything from classic 60’s hits to mashups of the latest chart toppers, at all sorts of gigs from wedding proposals to music festivals. We love to sing together and always want to make more fans who share our passion for music. So please check out our videos, come to our next show, and book us at your next event!